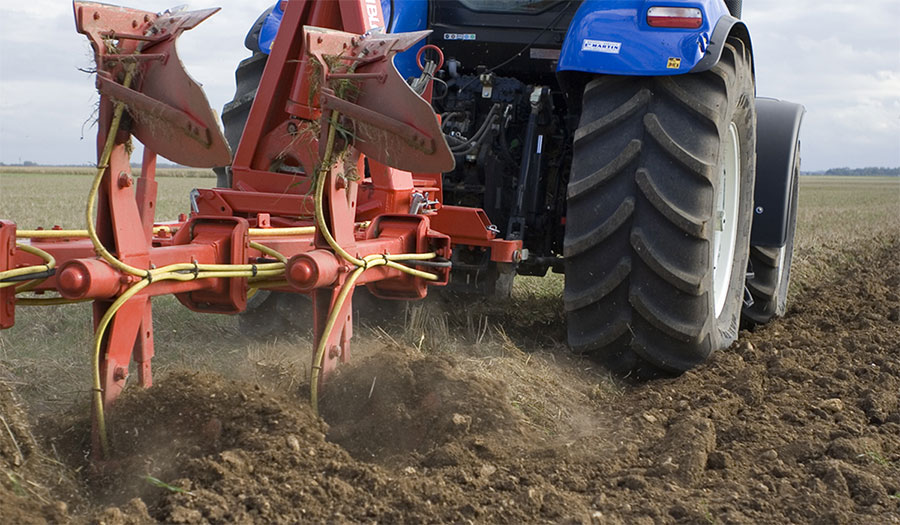 Demonstration of soil compaction linked to your tractor tyres

Soil compaction appears to be a very secondary effect and the fact that it is not directly visible often makes it the last of your thoughts. Soil compaction happens, it is real and our expert has decided to make the invisible visible to help you make the right choice of tyres next time you need to replace them.

The location of your farm is important, of course, because the type of soil is a crucial point; for example, sandy soils require more work than clay soils, because this soil regenerates slower.

Climatic conditions are also very important, because working with heavy machinery in wet conditions will have a highly negative effect on compaction and as a result on your land’s natural regeneration capacity.

You cannot change the type of soil. However, you can adjust your equipment set-up and adapt your working schedule, especially during relative humid weather conditions. Such adjustments will improve your soil health. If not properly managed, soil condition will inexorably impact your productivity and your profitability after several seasons.

The aim of these tests is to try and observe and visualize the different levels of compaction. Your choice in terms of type of tyre, its dimensions and inflation pressure will greatly influence your soil on the soil structure, and as such, directly on your productivity. 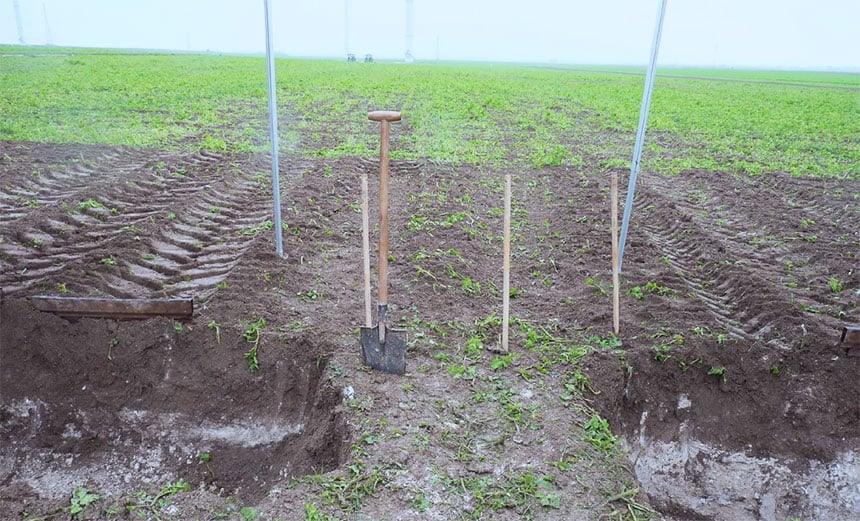 For this demonstration, we decided to carry out several soil compaction tests using different models of tractor tyre. The tests were carried out on clay-loam soil tilled to a depth of up to 40cm. This soil is not particularly sensitive to compaction, but despite this we observed a real impact that is clearly visible on the deepest layers.

Ditch to observe
the soil profile 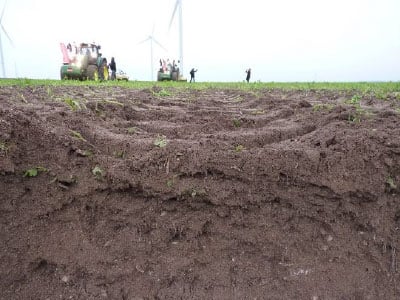 Despite the use of a very powerful tractor, we note that the soil structure is only slightly impacted, with a compaction index value of 2.

The soil structure remains horizontal in depth and keeps its friable nature which allows for the continuation of water infiltration and biological activity.

The soil compaction is very limited thanks to the use of “high volume” tyres used at low pressure which makes it possible to spread the mass over a larger surface area.

Here, we used IF tyres with less volume and a tyre pressure that is still relatively low, resulting in a soil compaction index value of 3.

The soil structure is still only slightly impacted in depth, even if the arable layer suffers more compaction than in test 1 with higher volume tyres. 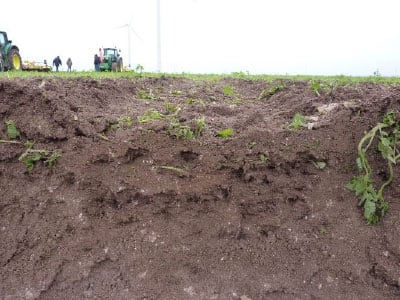 We used the same tractor and the same agricultural tyres as in test 2, but with a higher inflation pressure by 0.7 bar.

The soil here is impacted at a depth of up to 25 cm, soil compaction having increased with an estimated compaction index of 5.

The soil begins to suffer a marked vertical deformation which will have direct consequences on the crops’ root system. 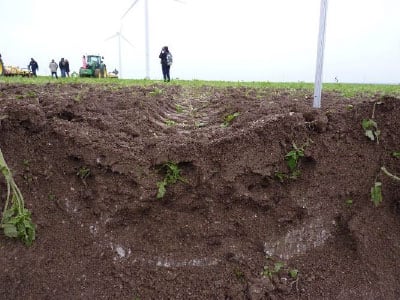 For this fourth test, we used narrow tyres which require high inflation pressure, which we set at 4 bar to compensate for the tractor load.

The small size of the tyre’s contact patch with the ground considerably increased the impact on the deep soil structure with an estimated compaction index of 6.

Compacted clumps of earth formed in the upper clay-loam soil horizon lead to a major alteration of the soil fertility.

Our visible findings show that - despite the use of a high-power tractor with the highest axle load - , the high-volume tyre with VF technology and used at low pressure which alters the least the soil structures. Therefore preserves best the fertility of the land and as such its profitability.

It is clear to see that the higher the pressure applied in the tractor tyres, the more the soil compaction is accentuated. 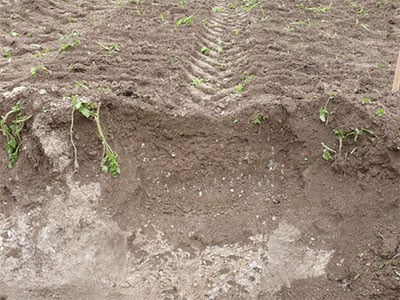 Compaction will lead to poor circulation of water and air within the soil which has become too compact, biological activity (earthworms) is more difficult and becomes scarce, water infiltration in the deep layers is stopped by the presence of compacted areas. The water is blocked in the upper layers, which increases erosion and run-off. Water reserves in the deep layers will be non-existent and crops may suffer hydraulic stress when the dry season comes along.

Surface erosion leads to loss of organic materials and in certain cases even the destruction of the seedlings. This loss will require an increase in the quantity of inputs to compensate for the loss of soil fertility and as such will result in a direct cost for your farm. Deep soil tilling will require additional working hours and significant extra fuel costs.

2. How to determine deep soil compaction

Deep soil compaction is the one which results in the most damage, which means that the impact on productivity will be particularly high in this case.

This involves digging a ditch about 70 cm deep, like with our tests, to observe the different layers which make up your land’s soil structure. By taking samples of clods of earth at each level you will be able to determine the moisture density, observe the size and form of the clumps and the presence of biological life in the deep soil.

The use of a penetrometer allows you to measure the effort necessary to drive the stem of the plant’s root system into the ground. The more effort required, the greater the extent of compaction. 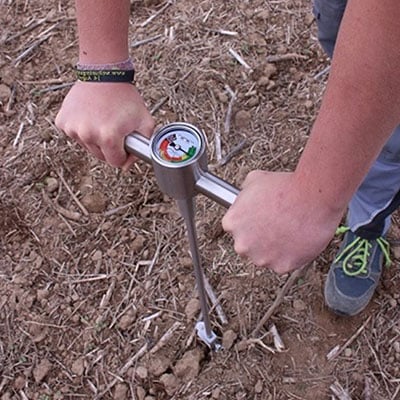 The result is linked to ground moisture content and it is therefore preferable to carry out this type of measurement in the spring on soil that has dried out and to avoid periods that are too cold (frozen ground) or too hot (ground too dry) which will not give significant results.

The presence of persistent puddles of water on the surface outside of the usual areas where water accumulates, like in furrows or natural run-off areas, is a sign of poor water infiltration due to soil compaction caused by agricultural vehicle tyres. 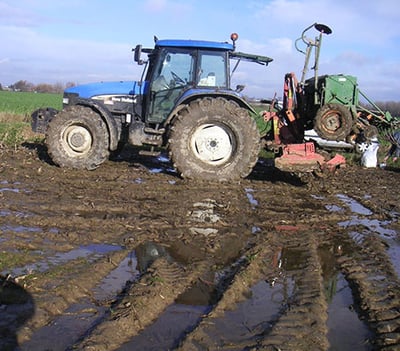 Poor water infiltration into the ground due to compaction

Irregular crop development within the same plot of land may indicate areas of excessive soil compaction. If you can see a difference in the size of the plants or if certain plants mature earlier, this is a clear sign of disparity in the root systems which is generally linked to soil compaction.

You will observe stunted plant growth in places even though you have performed the necessary fertilisation operations. In compacted areas, roots have trouble developing deep down and remain near the surface in soil which will be waterlogged in the rainy season and too dry in the summer. 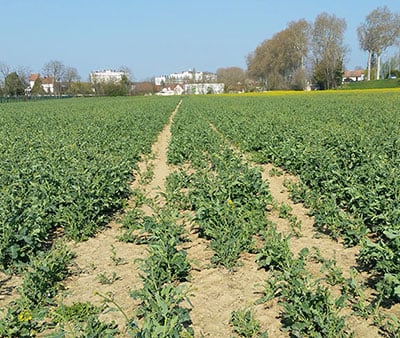 Different degrees of root development and difference in plant maturity (on the left no flowering, in the middle stunted plants – on the right flowering)

The compaction of your field certainly took place over time, for different reasons depending on the season.

The main causes of soil compaction are as follows:

a. Inflation pressure too high

As we have demonstrated in the previous tests, soil compaction is generally linked to the tyre inflation pressure being too high in order to compensate for the increasingly heavy machinery used.

If you want to work in the best possible conditions and avoid excessive soil compaction, you must frequently adjust tyre pressure based on the load, of course, but also based on the moisture content and type and structure of your farm’s soil.

This essentially takes place in wet conditions; In some ways it’s the beginning of slippage when the agricultural tyre lugs have gripping into the ground to produce traction on wet soils where lateral resistance is reduced.

When the ground becomes too slippery, sliding is inevitable, causing the formation of a compacted, smoothed over crust, like a thin rubbery sole.

Often present in clay soils, the plough pan is a very thick layer of soil which generally lies at the bottom of the plough line, always at the same depth. 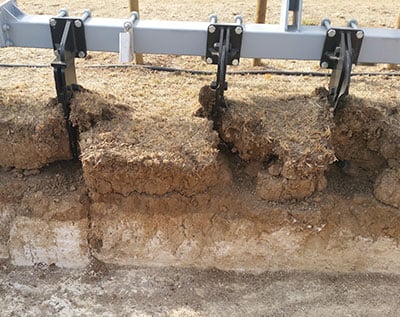 In dry weather, if the arable layer appears to break off from the deep soil layers, this is due to deep soil compaction over many years.

It may also be due to poor plough maintenance, in particular inadequate sharpening of the ploughshare.

The best solution for in-depth soil decompaction will be the use of a sub-soiler whose teeth, which penetrate the soil at a depth of up to 60 cm, will break up the compacted area and improve soil aeration as well as water infiltration into the deep soil layers.

This is the most efficient way to aerate the soil beneath the usual tilling depth.

4. How can you avoid compaction?

There are several ways to reduce the risk of soil compaction, but the best way is to use radial agricultural tyres. These tyres effectively have a greater bearing capacity and allow a better distribution of load to the ground.

The more rounded form of a bias-belt tyre leads to a different load distribution which is much less even.

To avoid in-depth compaction which is due to an excessive load on the axle, obviously you cannot reduce the weight of your tractor or tooling. The only solution is to use larger sized tyres with a higher volume and width.

The use of low-pressure VF technology tyres in our test n°1 is the most pertinent choice. VF agricultural tyres are designed to bear a greater load with a lower inflation pressure, they have a reinforced sidewall structure which allows them to be used at 0.8 bar. In this way, the load is spread over a larger surface area, avoiding in-depth soil compaction despite the load.

To take it a step further and increase your farm’s profitability, the blog Bridgestone-agriculture.eu has prepared a free, highly detailed ebook which explains the essential role of the agricultural tyre on your productivity. 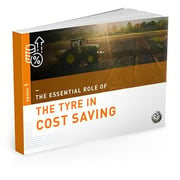 Are my agricultural tyres suitable for use on the road?

Your tractor tyres play a key role for braking safely

Can a hernia on my tractor tyre be repaired? 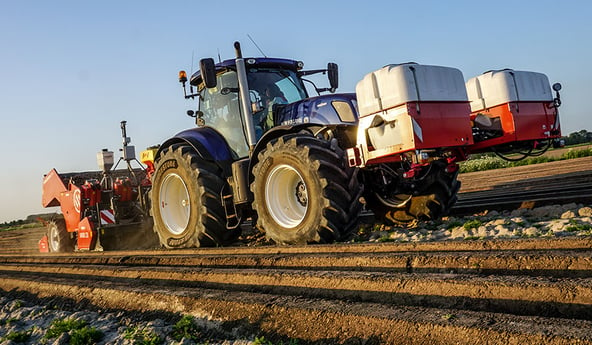 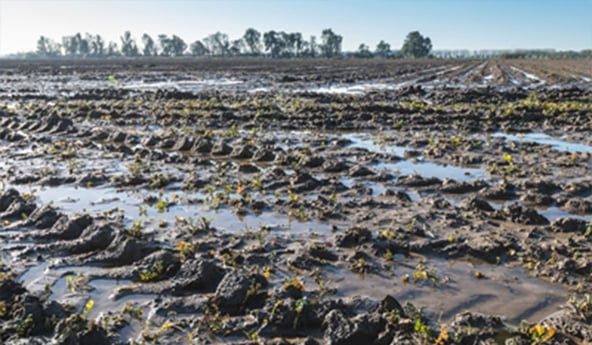